The typical Coveo Cloud secured search example covers how permissions are managed for sources based on some of the connectors supported by Coveo Cloud. As mentioned before, a secured item has a permission model listing the security identities that are respectively allowed and denied access to this item.

However, in certain secured enterprise systems, permission models consist in more than one permission set, which each include: 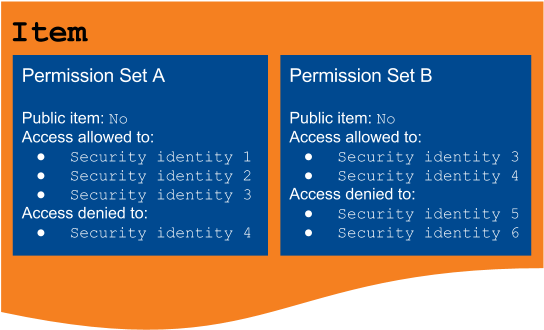 To place the focus on item permission management, all examples in this article assume that the query made by the search page user matches the title of the desired items.

The following flowchart summarizes the permission set analysis process executed for each item matching a query to determine whether the item should appear in the querying user’s search results. The process is the same as that involved in the typical Coveo Cloud secured search scenario, except that there are several permission sets involved rather than a single one. 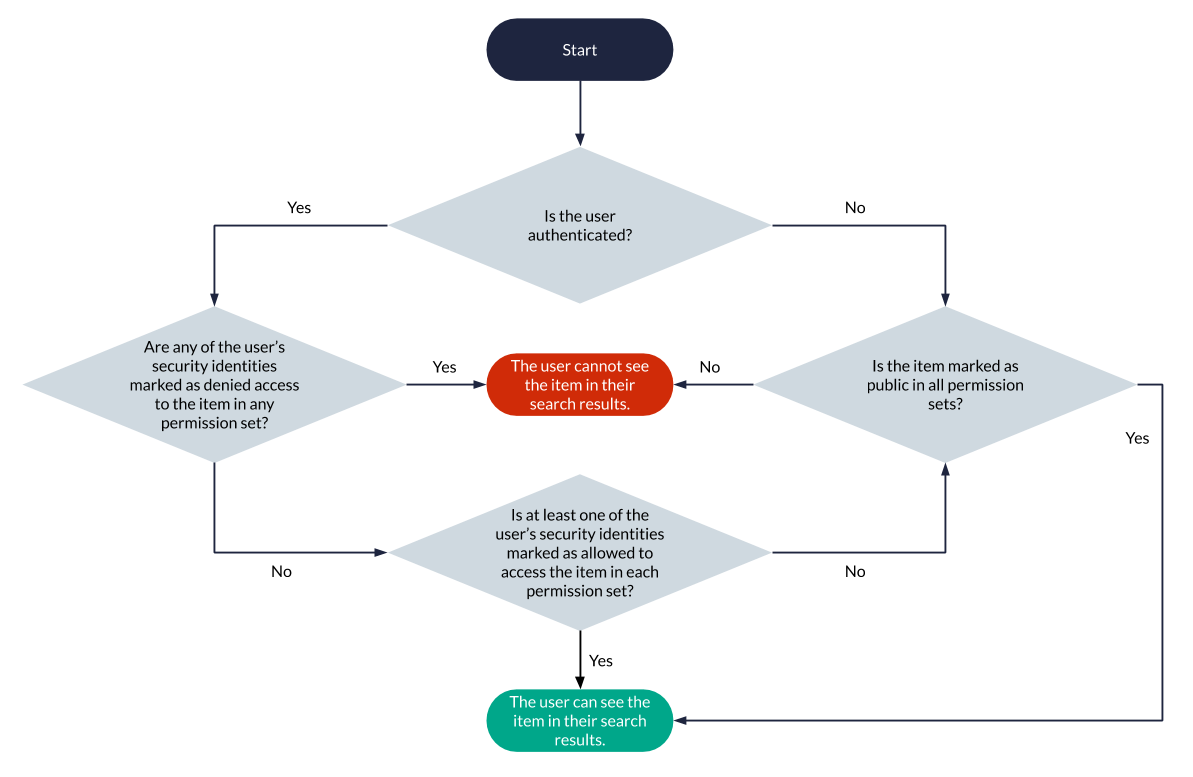 MyCompany has chosen to index a secured enterprise system to make its content searchable via a Coveo-powered search page.

As mentioned above, only John Smith is a member of both of these groups. Since he fulfills both conditions, he is allowed to access Account Data. Mary Davis and Barbara Allen, however, can’t access this item because they don’t meet both requirements.

The Account Data effective permission model is therefore the following:

Some permission sets may prevail over some others (see Permission Levels).