A mapping rule is a string used to instruct the indexing pipeline mapping stage to populate a given index field with a value (see Coveo Indexing Pipeline). You define mapping rules when adding or editing a mapping in the Coveo Administration Console (see Manage Source Mappings). 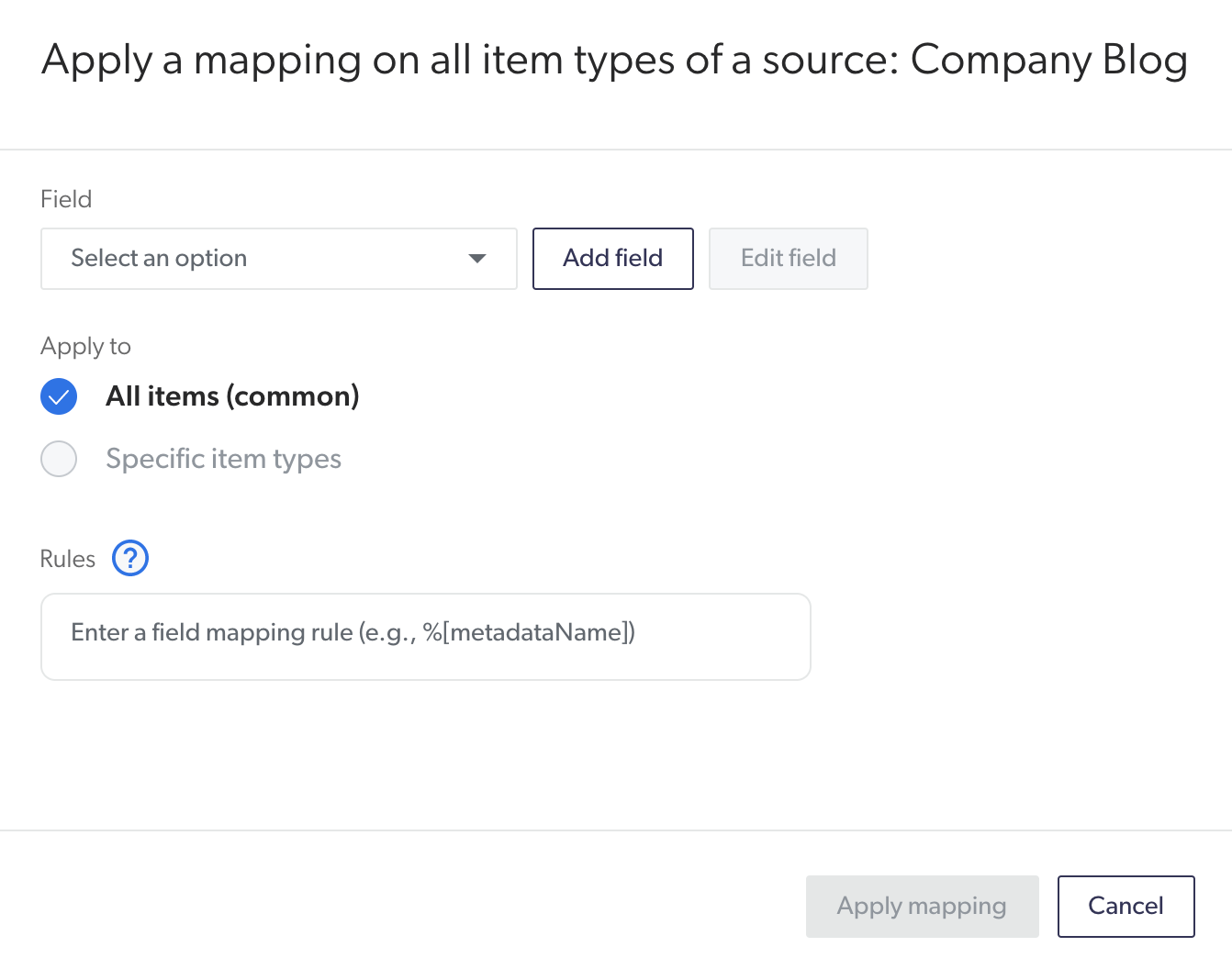 A mapping rule can consist of one or more metadata name placeholders in the following format: %[metadataName]. A placeholder is recognized and interpreted by the indexing pipeline mapping stage as a value to retrieve within the system metadata.

The Salesforce Knowledge metadata names for Knowledge specific fields are prefixed by Kav_.

For example, to map the custom Details__c field, you would need to enter %[Kav_Details__c].

The allowed origin values are as follows:

You have a metadata named employeeID extracted in the indexing pipeline crawling stage and you want to populate the index field AuthorID, so you enter one of the following rules:

When your metadata includes a colon, you must be careful when formatting your rule because the keyword following the last colon is interpreted as the metadata origin. Therefore, if you want to keep the colon in your metadata name, you must include an origin in the placeholder to disambiguate the rule format.

You can add or edit mapping rules to determine which metadata Coveo should use as the item title. The default common mapping rule selects the title extracted during the crawling stage (%[title:crawler]) (see Coveo Indexing Pipeline).

When you want to add or edit item title selection rules, the available options are the following: