This page summarizes the improvements and bug fixes introduced in the June 2021 1st Release (initially released as v2.10086.2).

The new SmartSnippet component uses machine learning to extract the parts of an item that are most relevant to a user’s query. It then uses this information to provide the user with answers that appear directly on the results page. 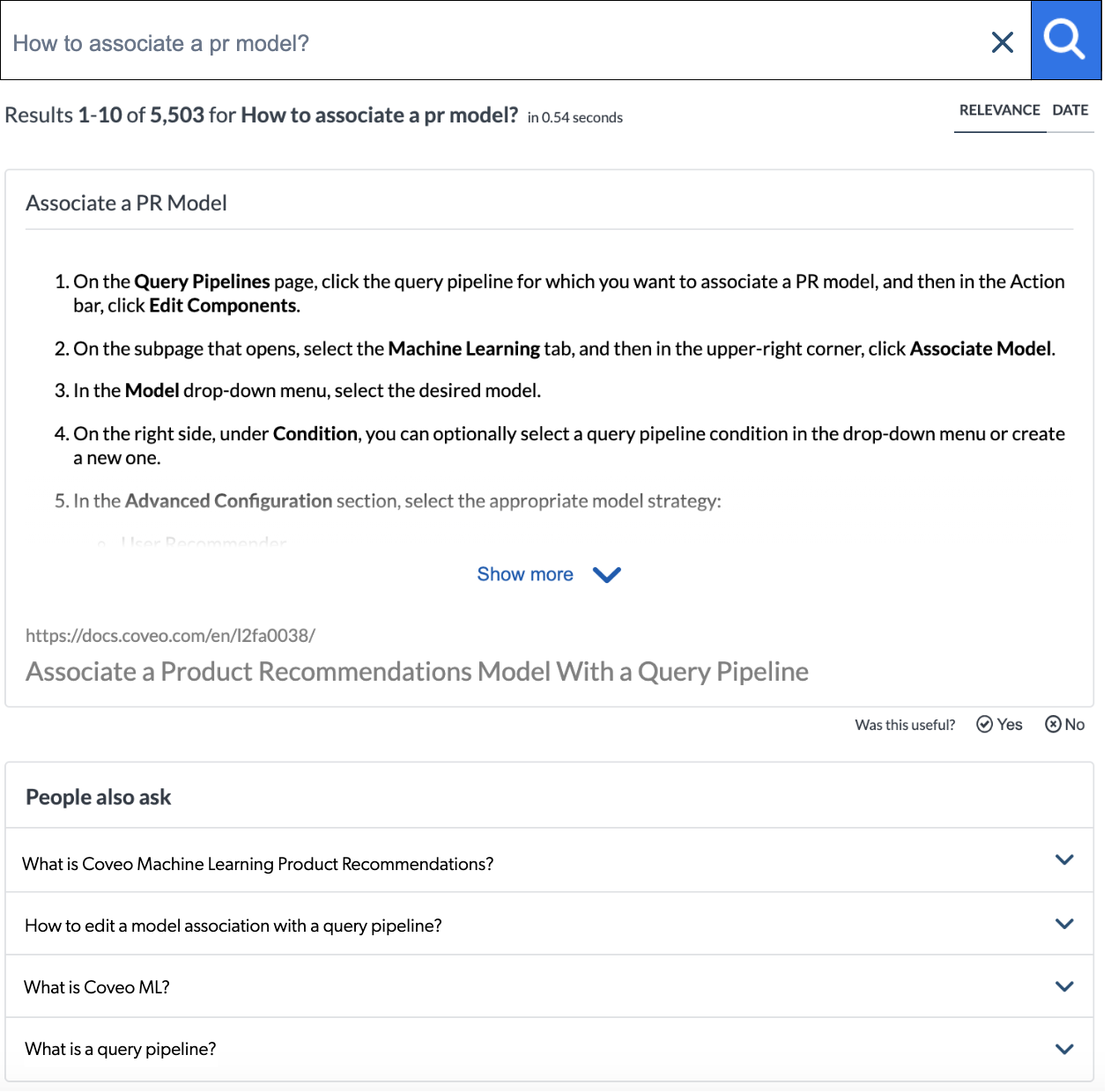 For more information, check out the Smart Snippet documentation.

The SmartSnippetSuggestions component is similar to Query Suggestions, but it specifically displays additional queries for which the Smart Snippets model can provide relevant answers.